This year’s edition of GuitarArt Festival Sofia 2018, a surprise with an even more interesting and diverse program. 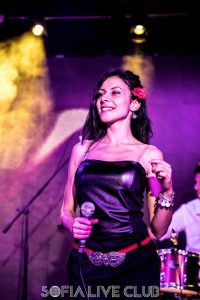 The festival took place on June 8-10. The beginning was announced with a concert of EUROSTRINGS YOUNG STARS – Boyan Doychev (Bulgaria), Antero Pelika (Finland), Niklas Johansen (Denmark) and ended with a concert of the Bulgarian band Banda Del Padre, with the participation of singer Rayna Vasileva. The hot flamenco fusion band delighted its numerous fans with both Spanish and Bulgarian folk music. Singing the Bulgarian folk song “Djore Dos”, combined with the passionate Spanish rhythms, Rayna immediately made people burst into loud applause. The atmosphere was complemented by the tireless dancing of the audience, who did not betray the group for a moment and did not stop dancing until the end of the first night of the festival.

You can learn more about the festival in Sofia and about the upcoming events in other Bulgarian cities from the website of  GuitarArt Festival.